Cataloguing the records of the nascent earldom of Lancaster for its Lancashire lands, held at the National Archives. This will produce for the first time a comprehensive class-list, to be made available as a research resource, as the first stage of a wider project to explore the social, economic, environmental and administrative history of the medieval earldom-Duchy of Lancaster.

Field survey to investigate long-term settlement and landscape history on the Greek island of Chios.

Time, Memory, the Sacred and the Forbidden

Archival research on the application of eighteenth-century scientific knowledge to plantation agriculture, and on the holdings of the Codrington family, as part of a long-term programme of research on the lives, culture and history of people held captive and enslaved on the Caribbean island of Barbuda during the colonial period.

Support for aspects of specialist work to support analysis and publication of the excavated early medieval cemetery at Highdown.

Research for a monograph examining the growth of folk museums in twentieth-century Britain in relation to national identities, senses of place and relationships with the past.

Targeted geophysics and excavation to elucidate the sequence of construction and internal morphology of the hill fort.

Targeted excavations at four large enclosed sites of the Late Bronze Age in the Serbian Carpathian Basin to elucidate chronologies and trajectories of development, use and abandonment.

Study of assemblages from nineteenth- and twentieth-century excavations at Tell el-Hesi, Israel to explore the chronology of the site and regional trade and exchange patterns.

Radiocarbon dating as part of analysis and publication for excavations supported by the Society of Antiquaries of London in 2017.

Topographic and geophysical survey as part of research programme investigation settlement dynamics in western Thessaly in the fourth to second millennia BCE.

Tents to Towns: Torksey After the Vikings

Specialists post-excavation analysis preparatory to publication of fieldwork supported by the Society of Antiquaries of London in 2019.

Rarotonga and the Colonisation of Eastern Polynesia

Environmental analyses in support of fieldwork and excavation investigating the human colonisation of Rarotonga in the Cook Islands and expansion into eastern Polynesia.

Funding to support elements of fieldwork undertaken as part of a long-running programme of landscape research in Wiltshire.

Survey and excavation to explore and define the extent and broader context of the early medieval Northumbrian royal centre.

Community archaeology project to investigate Bronze Sage settlement and landscape in the Greta valley and Barningham Moor with the additional aim of contextualising the Gilmonby Hoard.

Building current and future capacity by training heritage professionals in Oman in the techniques of aerial archaeology.

Second season of fieldwork investigating the cultural sequence of the key site of Tell Abraq, Emirate of Umm al-Quawain, which shows evidence of continued occupation from the 3rd millennium BC to the first centuries AD, and contextualising it within the paleoenvironmental evolution of the area.

Survey and targeted interventions aimed at retrieving environmental residues and dating samples on a prehistoric settlement site in the Al-Hajar mountains.

Terraced Landscapes of the Jabal Akhdar

Characterisation and analysis of agricultural terraces aimed at elucidating formation processes, development and agrarian regimes, to be put into a broader Mediterranean and Middle Eastern comparative context.

To condition-check, mount, photograph and re-house a key selection of costumes and related accessories from the Ellen terry collection at Smallhythe Place, Kent.

Shoes and the Georgian Man

Researching the manufacture and use of eighteenth-century footwear, including making and wearing replicas to explore the processes of manufacture and the experience of wearing and walking in Georgian footwear.

To broaden and deepen understanding of Tudor embroidery, and of those who practised the profession, through researching and re-creating examples of embroidery produced during the years 1485 to 1603.

Understanding the development of Chinese fashions through the century spanning the late Qing dynasty, the Republican period and the early Communist regime, exploring fast-changing styles, tailoring techniques and textiles as responses to the semi-colonial social culture and successive national crises in China following the Opium Wars.

Investigating the impact of Western colonialism on cultural constructions of luxury and dress in the Southeast Asian region using case studies from Thailand and the Phillipines.

Research to support the first major exhibition dedicated to the life and work of Althea McNish (1924–2020), an artist of African-Caribbean descent who was one of the foremost British textile designers of the twentieth century. Celebrating her impact and legacy, the exhibition will present original material and use digital technologies to replicate textiles and fabrics that are no longer available, enabling a new generation to see McNish’s work in a new frame.

Travel to participate in the Panormos field survey project, Greece 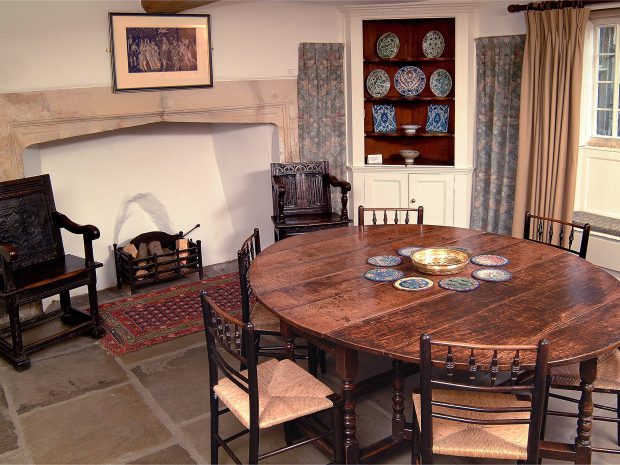 Find out how to make a grant application to us