The Domesday Survey ordered by William the Conqueror did not include London or Winchester (Latin name, Winton). However, the royal properties in Winchester were recorded around 1110, and the whole city was surveyed for Bishop Henry of Blois in 1148. The two resulting manuscripts, written in Latin, survive in a single volume, bound about 1150. They form the earliest and most detailed descriptions of any European town of the early Middle Ages. The volume passed down through the family of a former Dean of Winchester, was exhibited at one of the Society’s meetings in 1756, and was purchased by the Society’s treasurer, John Topham FSA, at an auction in 1790 for five guineas. The brown tanned-leather covers of the original binding are exceptionally well preserved and have been mounted on a later calf binding. Blind impressions made with ten different tools depict such figures as birds with human heads, dragons, running deer and feeding animals. 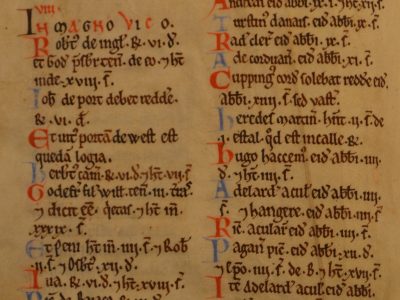 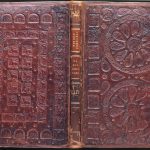 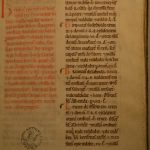 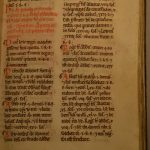