These items were discovered in 1847, a chance find by a labourer, lodged deep in a rock crevice at Orton Scar, Cumbria. They were sold to local lawyer and antiquary Thomas Reveley who presented them to the Society In 1851.

These personal adornments represent some of the more abstruse artefacts in our collection, with opinions varying as to their origin. Although now described as Viking, there has in the past been some suggestion that the pieces were of Roman design, with production in ninth-century Ireland (an opinion prompted by the decorative design of the brooch) being a further possibility. How the personal adornments would be worn has also prompted discussion as the torque, made up of twisted silver wire, is of a size that that could be worn either around the arm or around the neck.

It is still not known how the treasures were used when they were abandoned – whether they were being worn as intended or being carried specifically as portable bullion. 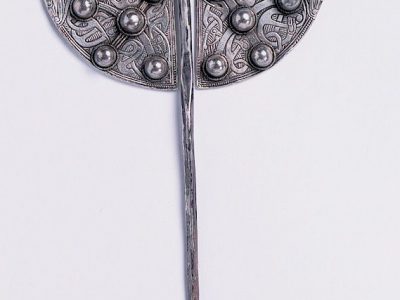 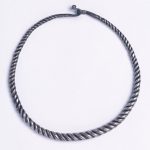