The Proclamation of Lady Jane Grey

The proclamation announcing the fifteen-year-old Lady Jane Grey (1536/7-1554), the ‘nine-day-queen’, as Queen of England. Printed on 10 July 1553, it is a lengthy document, as Lady Jane was relatively unknown, at least compared to her nearest rival, Mary Tudor. The text advocates for Jane, a great granddaughter of Henry VII, as the rightful – Protestant – heir to throne and goes into great detail disputing the claims of both Mary and Elizabeth Tudor. However, Jane was never crowned, as it soon became clear that Mary had both the political and popular support to press her claim. Jane was executed on 12 February 1554, at only 16 years old.

Read more for an in depth exploration of this Proclamation and its historical context. 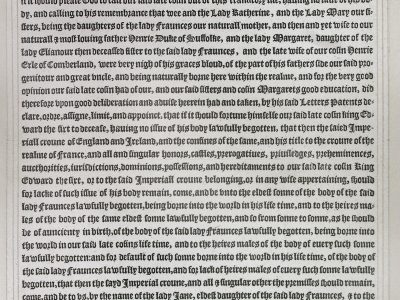 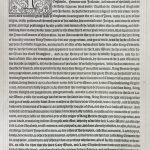