The poisoning of Sir Thomas Overbury

The Society’s volumes of miscellaneous broadsides dating from 1513-1860, catalogued and arranged chronologically by Robert Lemon in 1866, are one of the the most interesting collections in the Library. These printed ephemera provide a fascinating window into contemporary attitudes and anxieties across society. The precursor to modern tabloids, many are full of intrigue, rumour, drama and scandal – and perhaps none more so than a unique sequence of broadsides about the infamous murder of Sir Thomas Overbury during the reign of James I. 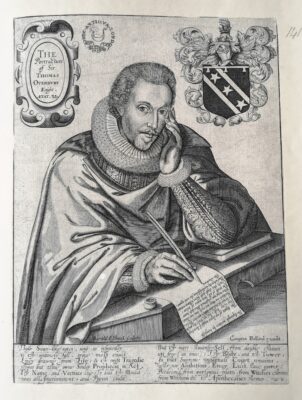 A rare broadside engraved portrait of Sir Thomas Overbury, showing him writing his own epitaph, with verse. [1615/16?]

Sir Thomas Overbury, an English poet, courtier and essayist, died a prisoner in the Tower of London in September 1613. The circumstances surrounding his death caused a sensation and the resulting scandal rocked the monarchy to its core, irreparably tarnishing the reputation of James’s court.

An educated and intelligent lawyer, Overbury came to the attention of Sir Robert Cecil. Whilst travelling in Edinburgh, Overbury met Robert Carr, then page to the Earl of Dunbar. The two formed a fast friendship and returned to London together, with Overbury taking on the role as secretary and mentor to the charismatic Carr. At court, Carr became a favourite of James I and rapidly rose to power; Overbury was knighted in 1608, and in 1611, Carr was created Viscount Rochester and appointed a Privy Councillor.

Carr soon became infatuated by Frances Howard, wife of the Earl of Essex. The Howard family sought to capitalise on the death of Cecil in 1612 and extend their control over much of the government. Overbury utterly disapproved with Carr’s affair with Frances.

Overbury’s poem ‘A Wife’, circulating in manuscript form at court, was interpreted at court as a thinly-veiled attack on Lady Essex, and a deadly feud between the two resulted. The Howards attempted to manipulate Overbury out of the way – firstly by pitting him against James’s Queen, Anne of Denmark, and then by having him appointed overseas. Overbury however refused to accept James’s request to send him as an ambassador to Russia. The the king was outraged, and so much so, he had Overbury thrown into the Tower, where he died a mere six months later.

Less than two weeks later, Frances Howard secured a divorce from the Earl of Essex (thanks to the support of James), freeing her to marry Robert Carr – they were married two months later. Rumours began to abound as to foul play involved in Overbury’s death. His ‘A Wife’ poem was published in 1614, further stoking public interest and intrigue. Pressure on the Jacobean court mounted, and eventually a series of trials were carried out in 1615 and the beginning of 1616. The evidence was deeply suspect. Confessions were extracted by torture, and one of the accused, James Franklin, improbably admitted to having obtained no less than seven different types of poisons, including aqua fortis, Mercury water, arsenic, powder of diamonds, lapis Cosmatis, Cantarides, as well as a posse of unspecified ‘great spiders’! Nevertheless, Franklin and three co-conspirators were convicted and executed, including one woman, Anne Turner. 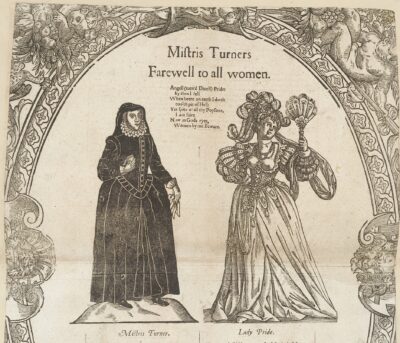 Mistris Turners Farewell to all women [1615]

The most famous of our Overbury broadsides, Lemon 143, depicts Anne Turner as the lascivious and richly-dressed Lady Pride, in contrast with her demeanour as a demure and modest penitent on the way to the gallows.

So what of Carr and Frances Howard? In 1616, both were brought to trial, and Howard confessed her guilt that she had secretly arranged for Overbury to be poisoned. Both were confined to the Tower, but no sentence was passed, and both eventually managed to obtain pardons in the 1620s.

Debate over the scandal continued well beyond the Stuart era and gripped the public imagination for a long time after. Even in 1723, over 100 years later, the poet Richard Savage wrote a tragedy about the murder entitled ‘Sir Thomas Overbury‘. But a play could never match the intrigue of contemporary circumstances, vividly captured in our collection of broadsides.

In our manuscripts collection we also have a transcript of the apology issued by Sir Gervase Elwes, Lieutenant of the Tower of London, under whose watch Overbury met his unfortunate end (MSS/0291)

The Society’s Overbury broadsides are listed below. To see full images and transcripts, follow the EBBA citations to the English Broadside Ballad Archive (free online access).

The picture of the vnfortunate gentleman, Sir Geruis Eluies Knight. Printed at London in the Black-Friers, by  Paul Boulenger. 1615. (Lemon 145 ; EBBA 36328)

Iames Franklin, a Kentish man of Maidstone his ovvne arraignment , confession, condemnation, and iudgement of himselfe, whilst hee lay prisoner in the Kings Bench for the poisoning of Sir Thomas Overbury. Imprinted at London for J.T. [1615] (Lemon 146 ; EBBA 36329) 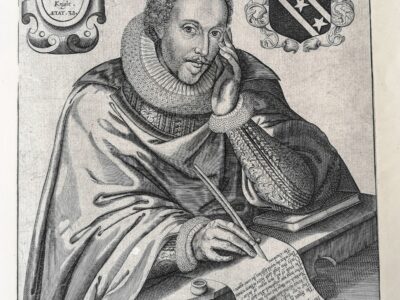 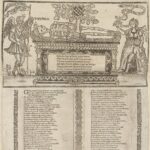 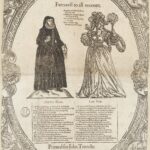 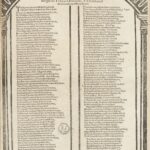 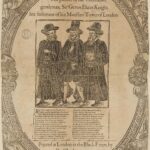 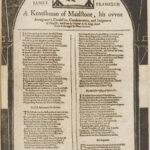