This altar was found over three feet underground around 1751-1752, during the building of the road we now use as the A69. This altar was presented to the Society in 1759 by Judge Heneage Legge FSA. The inscription ‘Lamis Tribus’ translates as ‘to the three witches.’ This unusual dedication is thought to represent an instance of Roman soldiers adopting local religious beliefs and combining these with their own rituals; a custom widely practised in many provinces throughout the Roman Empire and easily recognised in the language of and attitudes towards contemporary religious practice today. 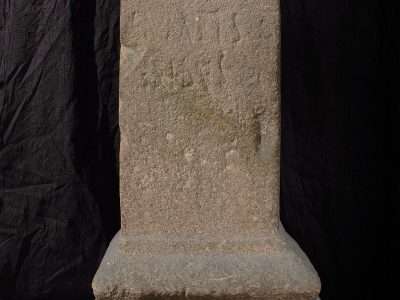