Medieval processional cross from the Battle of Bosworth

This processional cross is thought to have featured in the Battle of Bosworth: the ultimate fight which brought the War of the Roses to conclusion with the defeat of Richard III and the coronation of Henry Tudor as Henry VII. We can infer that this cross was likely to have been abandoned in combat as it was discovered amongst the decaying remains of a battle staff bearing traces of paint and gilding. Most likely, the cross was mounted on a shaft, and carried by Richard’s supporters. Left at the site and discovered around 1778, it was presented to the Society in 1881. 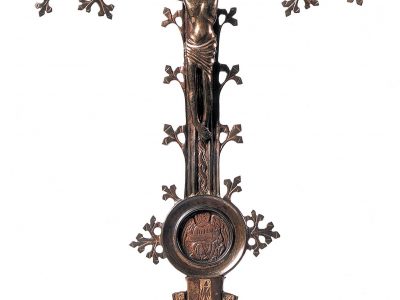 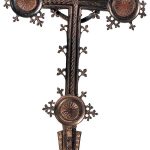