After touring in Europe, Martin Folkes FSA became increasingly interested in antiquarian subjects, especially numismatics. He was elected to the Royal Society in 1714 and to the Society of Antiquaries in 1720, later becoming President of both societies. Under his Presidency the Society of Antiquaries was granted its royal charter in 1751. This is the earliest known portrait of Folkes, painted when he was about twenty-eight years old. As in several other 18th century portraits Folkes is dressed in typical male ‘undress’ wear put on at home in informal surroundings. 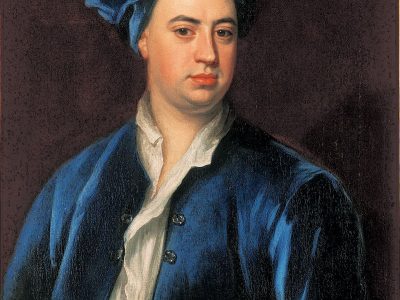