This aquatint image is from Costume of the Original Inhabitants of the British Islands. Produced by Smith and Samuel Meyrick (1783-1848) the publication was the first to use archaeological evidence to help create visual images of an imagined prehistoric past. Here we can see an imaginary festival of Ancient Britons at Stonehenge, derived from the interpretation of the site as a temple for Druidic ceremonies. 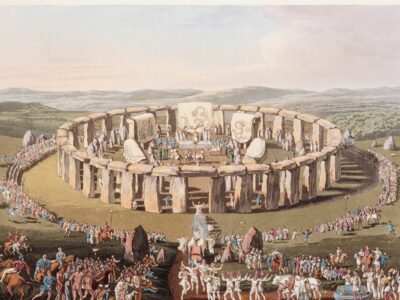 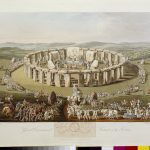