Edward Harley (1689−1741) was a great patron of the arts and a book collector. With the assistance of Humfrey Wanley, he expanded the celebrated library begun by his father 1st Earl of Oxford. By his death in 1743 it was the finest private library in England, but was dispersed soon afterwards. However, several volumes of British topographical prints and drawings were purchased at auction for the Society and are now a part of its library.

Harley’s manuscripts are now in the British Library. 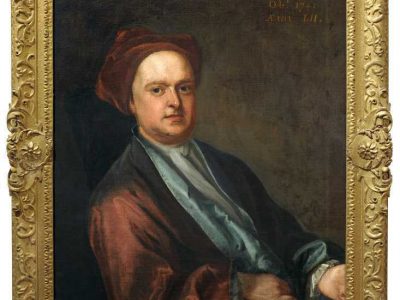