Campi Phlegræi: Observations on the Volcanos of the Two Sicilies, by Sir William Hamilton

Over the course of three Society meetings from January 26th, 1775, the diplomat, archaeologist, volcanologist and antiquarian Sir William Hamilton FSA communicated an account of the recent discoveries at Pompeii. His papers were illustrated with a series of gouache paintings by Pietro Fabris, a painter of English and Italian descent. Fabris had accompanied Hamilton on his travels to volcanic sites at Mount Etna, Mount Vesuvius and Lipari. Engravings of these drawings were made by the Society’s engraver, James Basire, and published in ‘Archaeologia’ along with Hamilton’s text. They appear drab and grim in comparison with the vibrant plates shown here, bathed in bright Italian light.

Hamilton’s work on the volcanoes was published in Naples in 1776: Campi phlegræi. Observations on the volcanoes of the Two Sicilies as they have been communicated to the Royal Society by Sir William Hamilton …. with 54 plates illuminated from drawings taken and colour’d after nature, under the inspection of the author, by the editor Mr. Peter Fabris. This magnificent folio included 54 dramatic scenes of eruptions, sweeping landscapes, and plates of volcanic rock specimens. Fabris’ attempts at illustrating geological specimens are inexpert, but many of the landscapes have a compositional flair reminiscent of the art of Claude Lorraine and Salavator Rosa, underscored by the new aesthetic of the Sublime in the spectacle of observed volcanic eruptions.

There were several subsequent editions of Campi phlegræi, but the very scarce first edition has always been the most admired and highly-prised. The supplementary volume, illustrating an eruption of Vesuvius in 1779, is so rare that only four other libraries in the world are known to possess a copy.

The Society’s set of Campi phlegræi was donated by Hamilton (who had been elected a Fellow of the Society in 1772); the supplementary volume was added in 1782. The books remain in their original 18th-century paper boards and leather backings, and together constitute one of the most sumptuous publications in the Society’s printed collection. 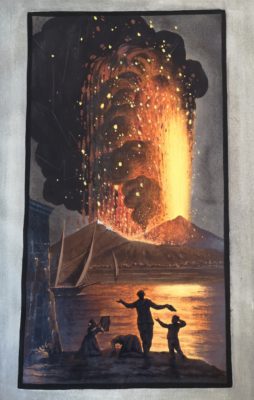 View of the great eruption of Mount Vesuvius on Sunday night, August 8th 1779. 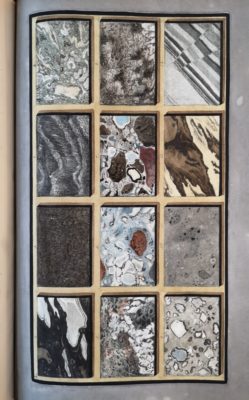 Marble and other mixed stones of Vesuvius, polished. 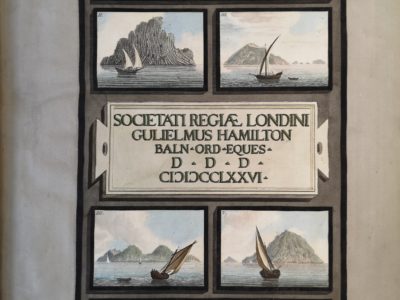 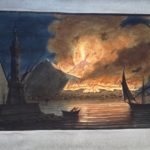 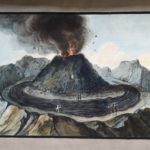 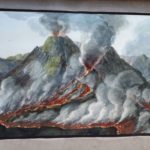 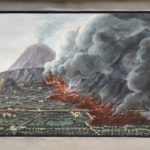 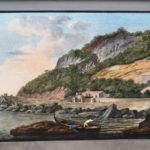 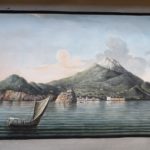 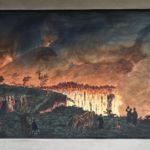 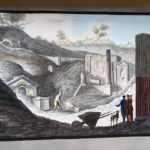 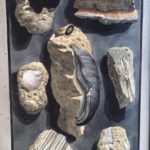 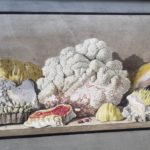 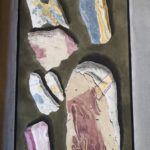 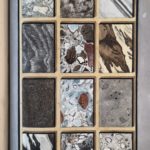 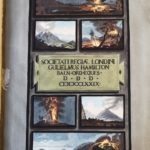 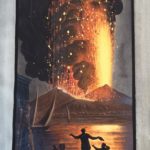 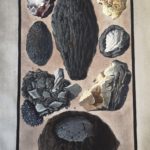