You are here:  Home / Support us / Support digitisation

Help us to unroll history!

The Society has in its collections a remarkable vellum genealogical roll [MS 501] measuring a total of 47 ft; one of the longest and finest late-medieval chronicles in the world.  It was compiled to chart the descent of Henry VI (1421-1471) from Adam and Eve at a time when his claims to the throne were being contested by the Yorkists. The author was reputed to be Roger Alban, a Carmelite monk living in London, and the fine illuminations in the roundels have been attributed to William Abell (d.1474). The Roll Chronicle includes a second roll added c.1665 which carries the genealogical tree forward to the reign of Charles II. It was presented to the Society by George Rogers, FSA on 17 March 1803.

Because of its immense size, we are unable to make the Roll Chronicle available in our Burlington House Library, and therefore it is currently inaccessible to researchers. We need to raise £5,000 for digitisation, which will require specialist handling, care, and conservation. The digital images will be uploaded online for anyone to browse freely, opening up this astonishing document to the public worldwide.

The names of supporters will be recorded in an online roll of honour alongside the Roll Chronicle and in our collections catalogue in perpetuity.

You can donate online here. Gifts of £100 will make 1 ft accessible. 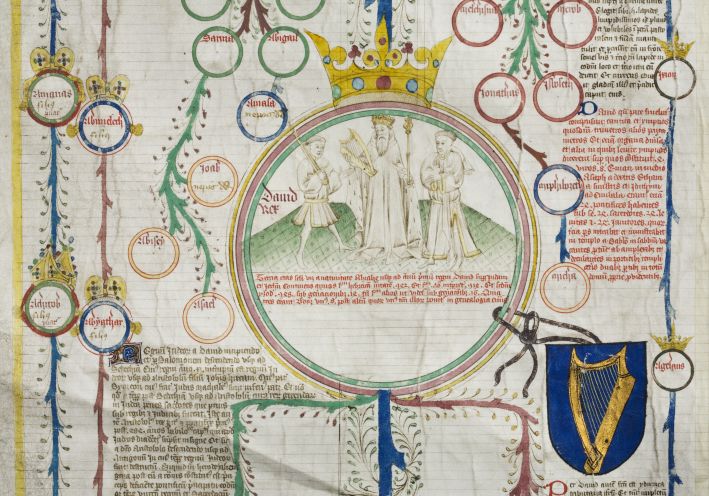 See the beginning of the Roll Chronicle being unrolled and discussed by Michael Wood FSA in our ‘Save Burlington House’ campaign video below.

Thank you for donating to support digitisation at the Society, and for helping us to share our unique collections with the public.