You are here:  Home / Support us / Adopt a Manuscript!

You can now adopt a manuscript from the Society’s collection, ranging from medieval illuminated manuscripts to 18th and 19th century antiquarian collections.

Your ‘adoption fee’ will pay for essential repairs, conservation treatment and bespoke packaging as well as digitisation of the manuscript, which will make it available to researchers worldwide via our new catalogue. The name of the adopter will be recorded in the catalogue in perpetuity.

New manuscripts will be added to the selection on a regular basis. If there is a manuscript in our collection that you’d like to support, please get in touch with us.

You can donate online here. 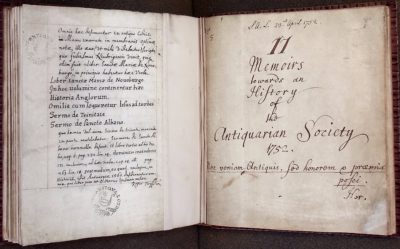 MSS/0009-0011 – £100
Three manuscripts for the price of one – this single volume includes a translation of the History Hierosolymitana, passages from William of Newburgh’s History Rerum Anglicarum and ‘Memoirs towards an History of the Antiquarian Society’ by William Stukeley. 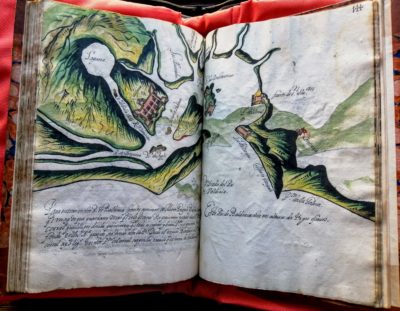 MSS/0221 – £75
This beautiful book describes the route along the west coast of America from California to the Straits of Magellan. It includes numerous maps as well as annotations on local features. 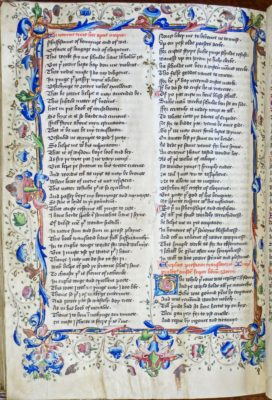 MSS/0134 – £250 ADOPTED
This volume of Middle English poetry by Lydgate, Gower, Hoccleve and Walton is not only very beautiful, it is also notable for having numerous annotations by women readers. 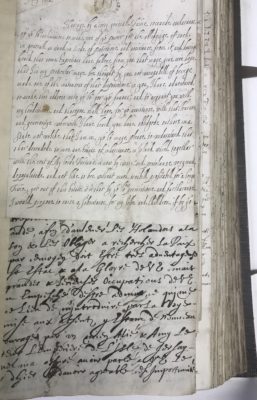 MSS/0138 – £150 ADOPTED
A large volume of papers and correspondence belonging to Oliver Cromwell, covering a wide variety of subjects. Digitising this collection would help greatly in making each individual item more accessible. 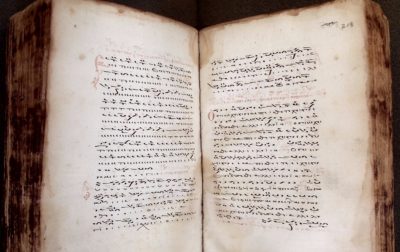 MSS/0048 – £150
This large volume is a collection of chants for the Greek Orthodox office and mass. It refers to about 60 composers by name, making it a valuable resource for 15th century music. 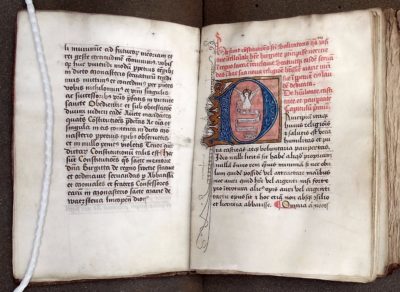 MSS/0339 – £75 ADOPTED
This 15th century rule of the Brigittine order was written at the Abbey of Maria Troon in Flanders. It is bound in a leather wrapper which requires stabilising. 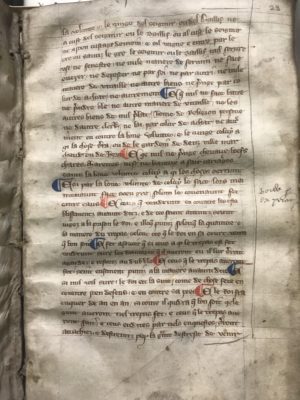 MSS/0701 – £75
ADOPTED
This collection of Statutes includes the 1225 Magna Carta and Charter of the Forest. It was produced in the early 14th century, probably for a practising lawyer. 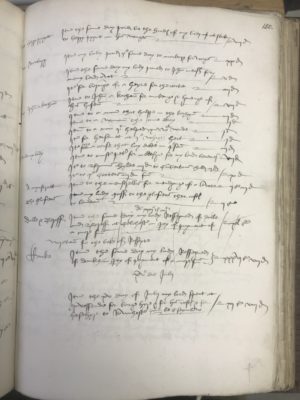 MSS/0076-0077 – £150 ADOPTED
Two household books of John Howard, Duke of Norfolk, which provide great detail of both daily life and military exploits in the late 15th century, featuring Howard’s expedition to Scotland and his naval duties. 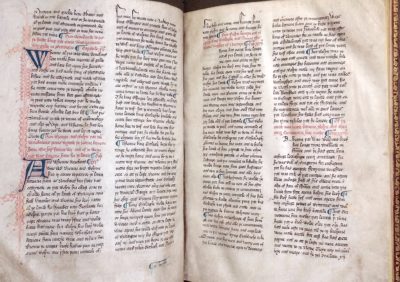 MSS/0093 – £100 ADOPTED
The Brut Chronicle is a chronicle of England to 1332. It was widely distributed and is a central text for late medieval England. This copy dates from the mid-15th century. 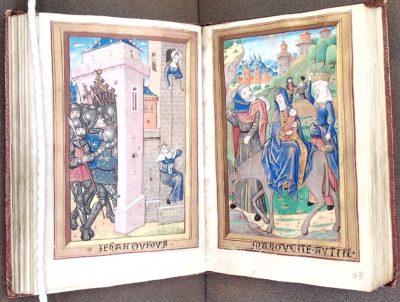 MSS/0013 – £200 ADOPTED
A stunning Book of Hours that you may recognise from our social media as it features miniatures of occupations for each month of the year as well as other illuminations.

Please help us to care for and share our unique collections for research, learning and inspiration.

We need your support to help us continue with this important work. Contributions of any size are welcome and can be used to bolster the Society’s Library & Collections Fund.

Please visit this page to make a donation and select ‘Library’ as the Gift Designation.

Gifts of any amount are welcome!

If you would like to help to support the Society in this way please contact Dominic Wallis, Head of Development, 0207 479 7092, [email protected]