William Paulet held many offices of trust under Henry VIII, including Sheriff of Hampshire in 1511, a Knight of the Garter in 1543 and the first Marquis of Winchester in 1551. He exerted considerable influence on policy in the latter years of Henry VIII’s reign, and remained a prominent figure in inner court circles during the reigns of Edward VI, Mary I and the initial years of Elizabeth’s reign. In this portrait he is depicted as a Knight of the Garter.

Artist / Maker
Unknown
Type
painting
Date
Probably between 1558 and 1566
Origin
Formerly in the collection of Thomas Kerrich, FSA. It was not included in the Kerrich Bequest but was presented on 6th June by Kerrich’s son
Material
Oil on oak panel
Dimensions
387 x 310mm
Location
Burlington House 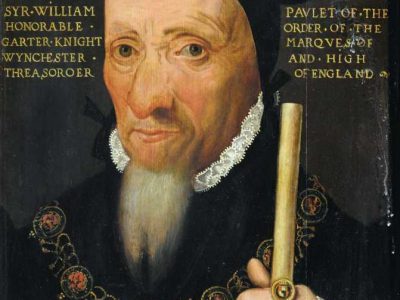