William Blake was apprenticed to the Society’s engraver James Basire from 4th August 1772 for seven years. He was sent out to old buildings and monuments to make drawings; in particular Westminster Abbey. Blake sketched many of the medieval royal tombs in preparation for engravings for Richard Gough’s Sepulchral Monuments in Great Britain (pt. 1, published 1786; pt. 2 in 1796) and the Society’s Vetusta Monumenta (1789). Blake’s experience copying the Gothic monumental effigies had a profound influence on his later aesthetic.

Seven of our nine drawings were engraved for Vetusta Monumenta to illustrate Joseph Ayloffe’s essay An Account of some Ancient Monuments in Westminster Abbey. Though they are not autographed by Blake himself, the linear style of these drawings indicate these were executed by Blake during his apprenticeship (Ayloffe comments they were conducted ‘under the inspection of Mr. Basire’). Writing in 1806, Blake’s first biographer, Benjamin Heath Malkin, lists many Westminster Abbey monuments amongst Blake’s first studies, including the tombs of Henry III, Queen Eleanor, Queen Phillipa, Edward III and Richard II. It is likely Blake also engraved some or perhaps most of his sketches.

As an apprentice to Basire, Blake learnt the techniques necessary to become a copy engraver. This would have included using engraving and etching tools, preparing copperplates, learning mirror writing, preparing and inking plates, preparing paper for printing, and using copperplate-rolling presses. From Basire’s teaching of relief-etching, Blake later devised his own method which he called ‘illuminated printing’.

You can view the engravings of the Society’s drawings in the digital edition of Vetusta Monumenta with commentary here:
Plates 2.29-2.35: Three Monuments in Westminster Abbey

“Blake’s apprenticeship in Westminster Abbey” in The Paintings and Drawings of William Blake, Studies in British Art. Butlin, Martin (1981). 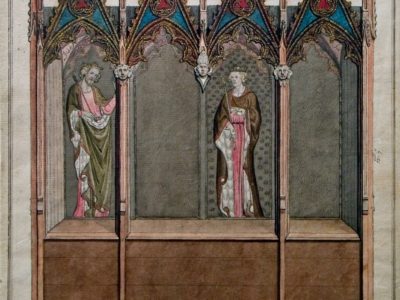 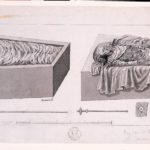 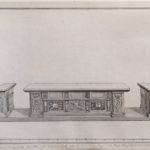 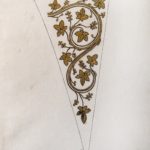 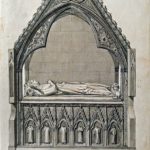 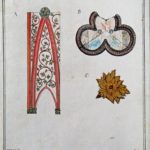 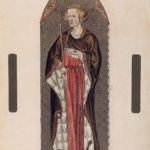 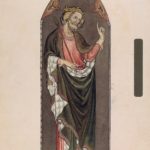 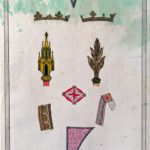