The Great Fire of London

This painting was a gift from Sir Henry Englefield FSA (1752-1822) in 1799. Documenting the Great Fire of London in 1666, the scene is unusually taken from an elevated vantage point of Essex Stairs. Conservation work in 2013 revealed the painting depicting two rather different scenes on top of one another: the sky had been repainted from day to night, the sun replaced with the moon. It is possible that the Romantic Movement’s new interest in moonlight prompted this revisioning. 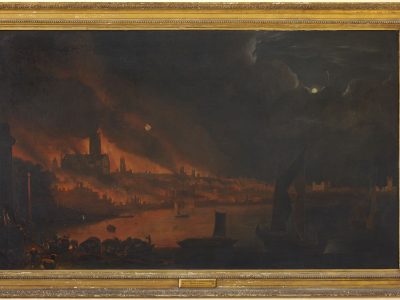 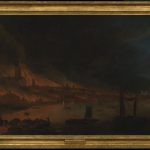 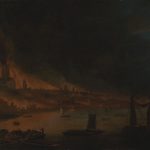