Philip (1396-1467) was third Duke of Burgundy from 1419 until his death in 1467.During his reign Burgundy reached the height of its prosperity and prestige and became a leading center of the arts; Philip is known for his patronage of Flemish artists, such as Jan van Eyck.

This is a fair version of a portrait that was produced in some numbers, based on the first of three portrait types of the duke that Rogier van der Weyden is believed to have created. 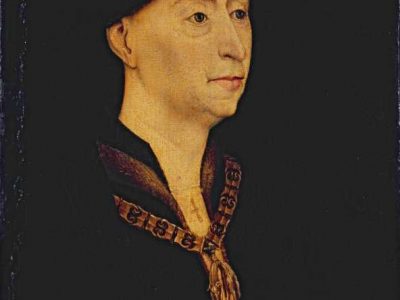