Called a double casket or cabinet, the cabinet itself is made of wood over which has been stretched a fairly course linen. The scenes and motifs have been worked in floss (untwisted) silks, the subject of which is the biblical story of Esther and King Ahasuerus.

The story of Esther and King Ahasuerus was one of the most popular of the Old Testament stories and was depicted throughout the 16th and 17th century on cabinets, ceramics, and in painted pictures.

Needlework has a long and distinguished history in England going back to the early Middle Ages. Production before the reformation was mainly for church use, but afterwards it became more domestic. 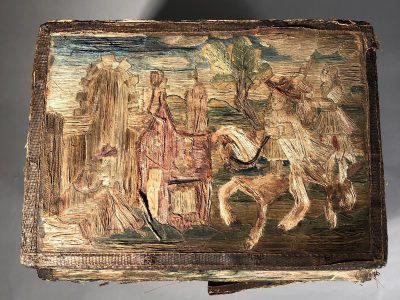 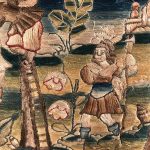 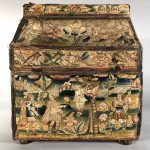 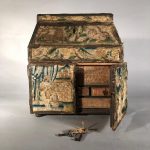 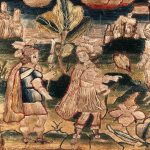