‘Derrotero general del Mar def Sur, Desde las Californias hasta los Estrechos de Magallanes y San Vicente’ (MS 221) is a remarkable maritime direction book produced in Panama in 1669, covering the west coast of America from California to the Straits of Magellan. It is lavishly illustrated throughout, with some 147 colour maps showing the coastline, settlements and navigational hazards in considerable detail, complete with annotations relating to natural history, volcanoes, food supplies, navigational logistics and historical events. This type of atlas was called a “roteiro”, or, mangled into English, a “rutter”. The artistry of the draughtsmanship is undeniable: lush watercolours were illuminated with gold and silver, while drawings of vessels were executed in the finest detail. These would often be done by a separate artist, one familiar with the intricacies of shipbuilding.

The information contained in the 1669 atlas provided the necessary navigational detail to open up access for British merchants and the navigators they employed, who considered these regions the most lucrative in the world. The historical impact would be substantial: the prospect of colossal wealth from the “South Sea” (i.e. Pacific) trade prompted Britain’s participation in the Nine Years War (1689-97), and subsequently the War of the Spanish Succession (1701-13). The British pursuit of greed in these new territories would also leave a dark and brutal legacy: the peace treaty of 1713 between Spain and Britain granted Britain a monopoly over the asiento, or slave trade. For 30 years this enabled the British to supply the Spanish colonies with 4,800 slaves per year; a trade which formed the main commercial activity of the South Sea Company between 1715 and 1739.

Our manuscript atlas is a presentation copy and is dedicated to the Virgin Mary. This dedication, and the presence of the Maltese Cross on two maps, suggests it might have been made for a Spanish aristocrat proud of being a Knight of St John; however, nothing certain is known of its provenance. Analysis of Library records suggests that it came to the Society between 1816 and 1831, but no further evidence of its acquisition has been found. It might have been brought to Britain by a Fellow of the Society during the Napoleonic Wars when Spanish libraries and archives were frequently exposed to looting. 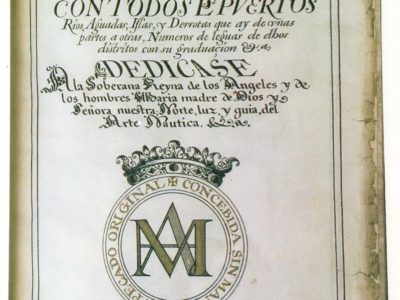 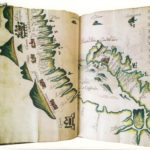 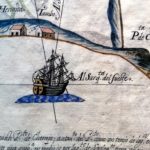 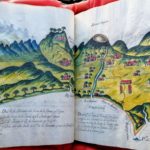 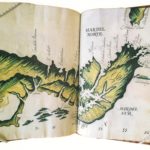 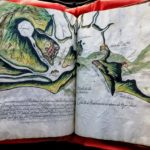 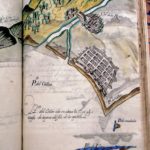 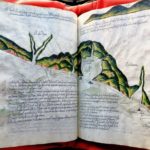 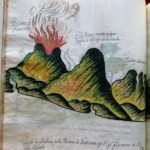 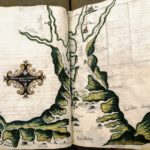 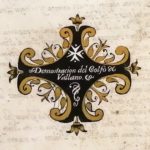