A roll containing a contemporary copy of the third revision of the Magna carta issued by Henry III in 1225, the final form as later confirmed and enshrined in English law with 47 clauses instead of the original 63. It is regarded as the chief constitutional defence against arbitrary rule. Written in Latin, the most famous clause (no.29) starting ‘Nullus liber homo’ translates as ‘No free man shall be… imprisoned, or stripped of his rights or possessions… except by the lawful judgement of his equals of by the law of the land.’ The Society’s copy is believed to have belonged to Halesowen Abbey, Worcestershire. It was owned by Bishop Charles Lyttelton, the Society’s President from 1765-1768, and was exhibited by him at meetings in 1749 and 1761. It was donated by Thomas Pitt, Lyttelton’s nephew and executor in 1771, with other records of Halesowen Abbey.

A facsimile, transcription and commentary of this manuscript, and 2 other versions of the Magna Carta owned by the Society (MS 60 & MS 701), is available online 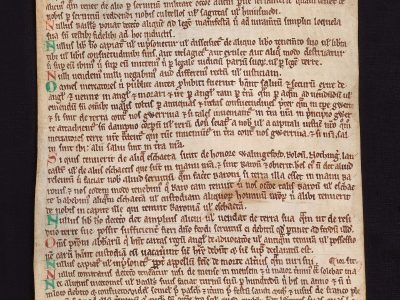 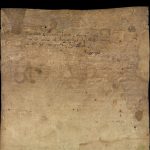 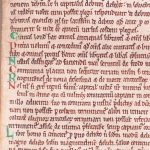 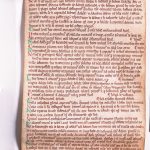