Ludwig Friedrich, Duke of Württemberg-Mömpelgard from 1617 and regent of the principal duchy of Württemberg (a former state in southwestern Germany) from 1628. This portrait was probably painted in 1617 to mark Ludwig Friedrich’s elevation to the dukedom of Württemberg-Mömpelgard (a former state in southwestern Germany) and his first marriage to Elisabeth Magdalena of Hesse-Darmstadt. He is depicted three-quarter length, turning slightly to his left, directing an amiable gaze towards the spectator. The full effect of his fine clothing is now obscured by opaque varnish. 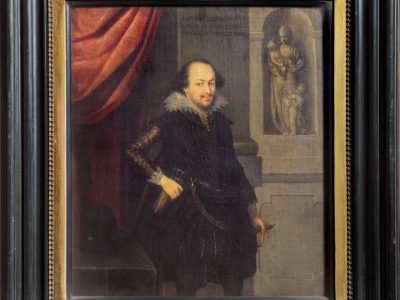