An image showing the design of a firefighting engine, designed by the Dutch merchant John Lofting. Techniques for methods of fighting fire were increasingly being explored after the Great Fire of London in 1666. Lofting’s invention is one example of such innovation – his design was not only patented but put into practical use during the later 17th century.

Read an in-depth exploration of the historical context of this image. 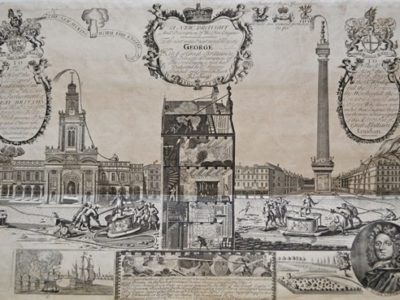