A typical antiquary of the 18th century Jeremiah Milles FSA was elected to the Society of Antiquaries in 1741. In 1769, he became its President, an office which he held until his death in 1784. His Presidency saw the development of the Society’s public profile with its move to Somerset House and the publication of the series Archaeologia, and a series of historical prints, some so large that a new size of paper had to be produced, called ‘Antiquarian’. Milles is depicted half-length to the front, head turned left with brown eyes, grey wig and clerical black gown with bands. The portrait is likely to have been painted between 1765, when Dance returned to London, and 1780, when Milles suffered a stroke. 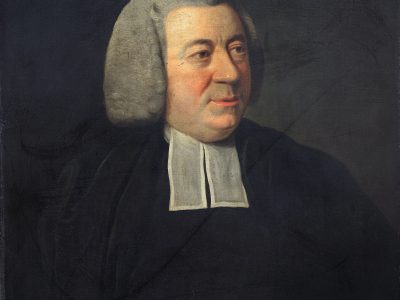