If, as traditionally claimed, this is the companion portrait of the picture of the ageing Henry VIII [which hangs below], it is likely to be a posthumous image of Jane Seymour (c 1508/9–37), who was Henry’s third consort from 1536 until her death in October 1537. She died less than two weeks after the birth of her only child, a son who became Edward VI. She was the only consort of Henry to give him a male heir that survived infancy. 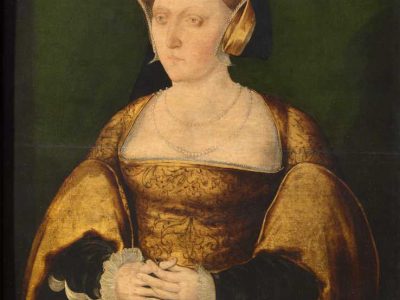