Hornbook, made before the accession of the House of Hanover and found during reparation of the Brewhouse at Coleshill House, Highworth, Berkshire, in September 1815.
The hornbook was a teaching aid for school children consisting of a single leaf of paper on which was printed the alphabet, vowel and consonant combinations, a praise of the Trinity, and the Lord’s Prayer. The paper would be mounted to a small wooden board and protected with a very thin plate of horn. The leather thong attached to the hornbook meant that the teaching aid could be attached to one’s belt or worn around the neck.

The third picture shows the hornbook with the carefully made recycled storage box in which it was given to the Society. Inside the box, along with the hornbook, were two small letters relating how it found. 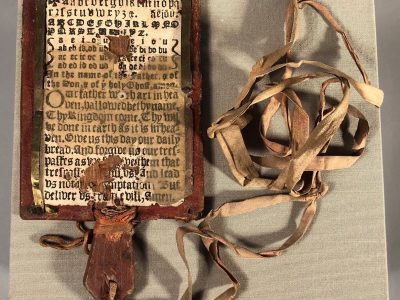 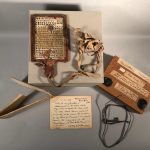 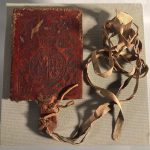 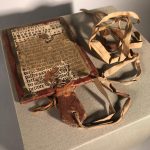 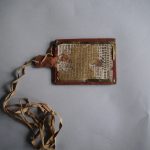 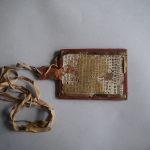 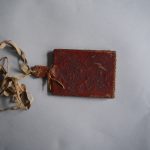 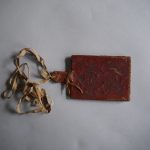