This posthumous portrait of Henry V (1386–1422; reigned 1413–22), showing him in profile, is of a standard type, many versions of which were produced in the sixteenth century. The distinctively shaven hair, exposing the neck and ears was fashionable for men in the first half of the fifteenth century. Henry V led his army to a dazzling victory over the French at Agincourt in 1415 when the English defeated an army three times their size. 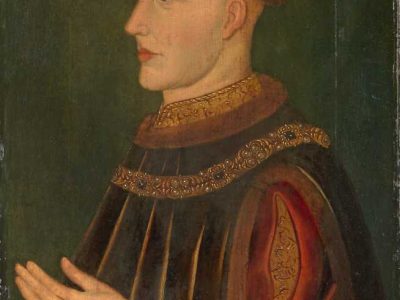