Facsimile copies of twenty-six medieval and sixteenth-century rolls made for Sir Christopher Hatton (1st Baron Hatton of Kirby 1643) under the direction of (Sir) William Dugdale, probably by the arms painter William Sedgwick c. 1638-40. Received by the Society as a series of unbound vellum sheets and now bound in nine volumes. Hatton, with Sir Edward Dering, Sir Thomas Shirley and Dugdale, formed an antiquarian society called ‘Antiquitas rediviva’, 1 May 1638, to collect and record the evidences of armory and antiquities. Heraldry and genealogy were subjects of great interest to Elizabethan and early Stuart antiquaries, as the history of noble and gentry families was central to national and local history, and besides, many antiquaries were actually heralds. 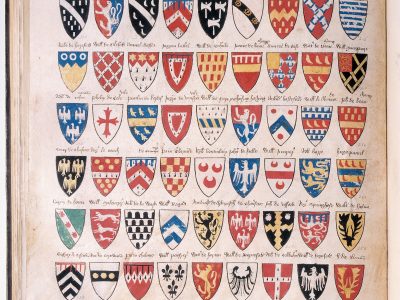 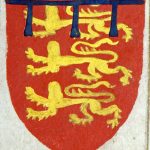 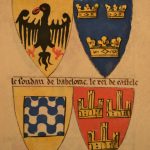 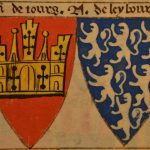 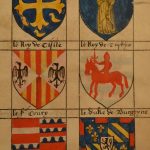 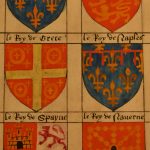