The artist of this painting was probably also responsible for the portraits of Christian II, King of Denmark and Philip of Cleeves . Inscribed Monsour de Nassou, this is now considered to be a portrait of Engelbert II (1451–1504), Count of Nassau-Dillenburg and Vianden, Baron of Breda, an important political figure in the Burgundian Netherlands in the late fifteenth century. In this portrait, Engelbert wears a heavy, fur-lined gown. His cap sits squarely on his brow, as was customary until the fashion for headwear tilted to one side gaining favour in the early 1500s 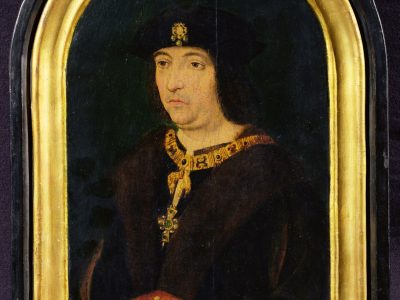