This is the later of the two paintings of Edward IV that the Society owns, and probably came from a set of royal portraits. Although probably based on a likeness made in the king’s lifetime, this portrait is posthumous, being dated by dendrochronology to the 1530s. Here, Edward, facing to the left, slips a second gilded ring on the index finger of his right hand. Much facial definition has been lost, especially around the King’s mouth. 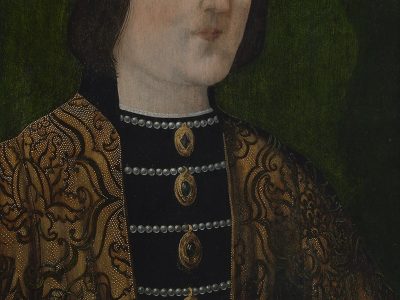