This life-size portrait of Charles Marsh FSA was gifted to the Society in 2017. The son of a London bookseller, Marsh attended Westminster School and Trinity College, Cambridge, before being appointed a clerk at the War Office. In 1784 he was elected Fellow of the Society. A year later he presented a paper to the Society titled ‘On the elegant ornamental cameos of the Barberini vase’, which was subsequently printed in Archaeologia. The vase can be seen in the background of the portrait. Marsh lived at Radnor House, Twickenham and in an apartment on Piccadilly. He died unmarried and was buried in Westminster Abbey.

The portrait is traditionally attributed to Lemuel Francis Abbott, who studied briefly under Thomas Hayman and who, as a Fellow of the Royal Academy, exhibited some fifteen portraits there between 1788 and 1800. Abbott specialised in portraits of diplomats, colonial governors and naval officers. His portraits of Lord Nelson (1797), the poet William Cowper (1792) and the sculptor Joseph Nollekens (c 1797) hang in the National Portrait Gallery.
The painting underwent conservation in 2019 and now hangs on the staircase to the library. 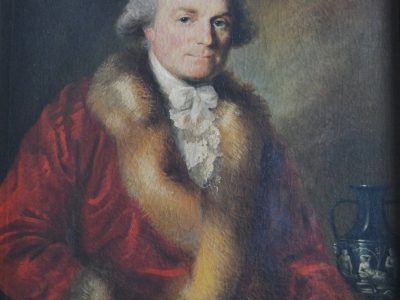 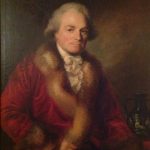 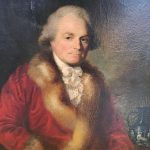