This carved marble bust of King George III was commissioned by the Society as a way of expressing their gratitude and thanks to their monarch for his patronage. It was thanks to this patronage that the Society was able to acquire permanent rooms at Somerset House in 1781, which they occupied for 95 years. The move to Somerset House signalled a change in the character of the Society as it moved from being an informal and ad-hoc gathering of around 100 antiquaries, meeting in rented rooms and taverns, to a recognised learned body of national standing (having received its Royal Charter in 1751).
It was decided with unanimous support that a portrait bust of the king should be displayed in the Society’s new meeting room at Somerset House, which was purchased at a cost of 100 guineas. The choice of a portrait by Bacon was also a sign of the Society’s gratitude – Bacon’s likeness was a favourite of the King himself, who seems to have both liked and admired the sculptor.

When the Society moved to Burlington House in 1875, the bust moved with us and it now sits on the main staircase leading up to the library. 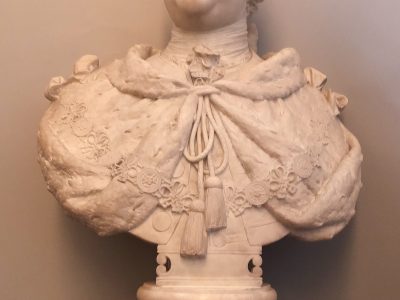 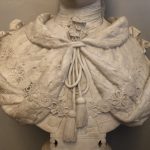 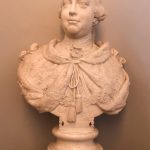 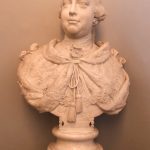 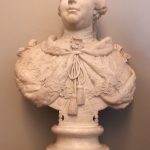 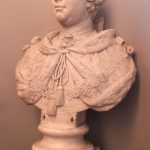 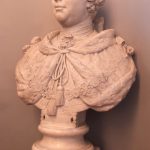 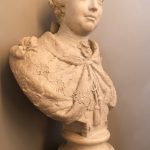 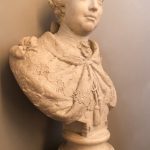 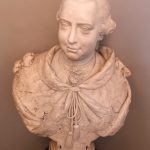 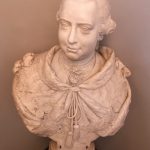