You are here:  Home / About us / What we do / Publications / Featured publications 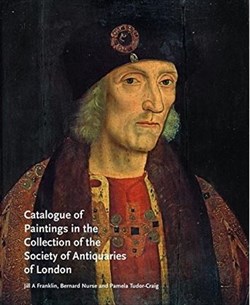 J A Franklin, B Nurse and P Tudor-Craig

The paintings owned by the Society of Antiquaries of London are important for the quality of some of the individual paintings and for the collection as a whole. Before England’s National Portrait Gallery was founded, the Society pioneered the study of royal portraiture, seeking to establish the true likenesses of the Tudor and Plantagenet monarchs and some of their continental counterparts. In the words of Sir Roy Strong, the Society’s early portraits are ‘of the utmost national importance … next to the Royal Collection, the most important series of early sixteenth-century royal portraits to survive as a group’.

This fully illustrated catalogue, wedded to meticulous scholarship and the results of the latest scientific dating techniques, ensures that the art historical world now has access to art that will be studied and discussed for many years to come. 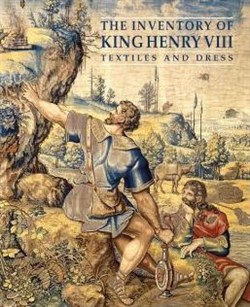 The Inventory of King Henry VIII: textiles and dress

The Inventory of King Henry VIII: textiles and dress has been awarded the Historians of British Art book prize for the best multi-authored book published in 2012. The splendidly illustrated monograph contains nine chapters contributed by Fellows and other textile history specialists on the ways in which textiles were made and used by Henry VIII and his court, from the elaborate tents and pavilions of The Field of Cloth of Gold and the linen used at table or for the royal beds, to the vestments and altar clothes made for the participants in divine worship in the Chapel Royal, not to mention over 2,000 pieces of tapestry. The book was edited by Fellow Maria Hayward and Philip Ward under the General Editorship of our Fellow David Starkey, produced by our Fellow Kate Owen and published by our Society in partnership with Brepols. The book shares the award with The English Prize: the capture of the Westmorland, edited by Maria Dolores Sanchez-Jaurequi Alpanes and Scott Wilcox. 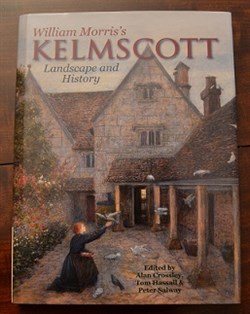 Kelmscott Manor is forever linked with the name of William Morris, pioneer conservationist and utopian socialist, designer and father of the Arts and Crafts tradition. The manor played a crucial role in shaping his thought: at the climactic moment of his futuristic novel, News from Nowhere, Morris lifts the latch of the Manors garden gate and finds his personal holy grail. Morris was drawn by the organic relationship between Kelmscott and its landscape: the linkage of stone walls and roof tiles to the geology and the soil, and the honest toil of the people to the agricultural cycle .

The fruits of the Kelmscott Landcape Project established in 1996 by the Society of Antiquaries of London, the owners of Kelmscott Manor today, this book is a multi-faceted examination of Kelmscotts history. Archaeology, from prehistory to the present day, the architectural development of the Manor before and after Morris knew it, and the art that the village and Manor have inspired all received rich, illustrated coverage. The result is a vivid portrait of a Thames-side village transformed by its association with Morris, a book which demonstrates the rich connections between culture and landscape in a particular place.