You are here:  Home / General Secretary announces his retirement 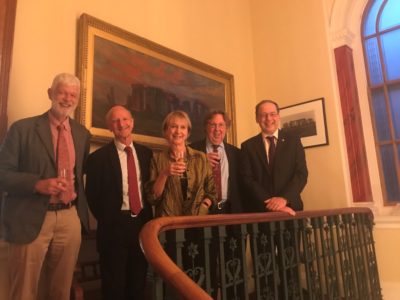 I was forty-eight years old when I had the honour to become General Secretary of the Society in September 2010. I said at the time that (God and Council willing) I would remain in the post until I was sixty and then retire. At the time, 2022 seemed a long way in the future, but it is now almost upon me: I will be sixty next March.

I have been extremely fortunate to have worked with four excellent Presidents, capable and supportive Officers and trustees and a wonderful staff. I have enjoyed my time as General Secretary, and I hope that I have contributed to the evolution of the charity. Nonetheless, I have decided to remain true to my original plans, so I am writing to inform Fellows that I will be retiring as General Secretary at the end of April 2022.

There is much to do in my remaining months; for example, preparing for the public opening of Kelmscott Manor following the completion of the major project of repair and rejuvenation. However, the biggest issue remains the Society’s future at Burlington House, and I dearly hope that I will be able to hand over to my successor a solution to the problem that has blighted my term as General Secretary.

The process of searching for my successor has already started, I wish them all the very best at a time when the Society is facing extraordinary challenges.